Been working in the evenings/weekends on the Soup Studio footage I got the other week. I taped Frau Pouch and Houdini as they were recording their split single, so I got to hang out in the studio as they did two songs each and I wandered around with a camera. I'm putting together footage from one song for each band, so each will have a little behind-the-scenes promo video to go with the song. I've mostly assembled the Frau Pouch video, it's coming together well but I was hoping that the videos would be more dynamic. They're certainly not static, but the problem is that I was taping a recording session in the live room so it doesn't have the crowd energy or intense contrast in lighting, banter or sweaty intensity of a gig, which is what I have filmed before. I'm probably being harsh on myself, it is still looking good, and I've got more than enough footage to cover everything I am very happy to say. The colour and quality of the Canon XL1S is wonderful. I also used a small camcorder so I could capture two angles at once and the sharpness of the image is surprisingly good, but the colour is very washed out. I will try and fix that as much as I can with Final Cut so the two different cameras don't look so disparate. I'm really enjoying piecing the whole thing together. The different playthroughs have moderately different timings so a little patience is required to make sure everything fits visually with the music, it's not just a simple drag and drop this time. But it's fun and I'm learning. I'm not making perfect videos yet, sometimes the control I have over the images I capture is less than I'd like, but I'm on the right road.

Might be going back to the studios one evening to tape Greg from Houdini recording his vocals, as the vocal track has not yet been recorded. It makes sense to do this, it would be jarring to see the band performing in the live room with no-one singing and to have a disembodied vocal over the video. I'm actually quite excited to get back there with Greg, the studio has a really nice vibe and the gear on display is fascinating. I love the work and I adore the music!

I got my business cards in the post recently, from moo.com. The cards are great, I highly recommend the (excellent) site if anyone is looking to print their own. I got them made because when I was taping the David Lynch themed gig night, three different people asked me for a business card. All I could do was shrug my shoulders and shout my email address over the crowd noise. I look forward to giving some out eventually, makes me feel a tiny bit less than "just some guy with a camera". Which is blatantly what I am, but let's not tell anyone.

No-one at work reads this blog, so I can freely admit my sins here. Today is someone's birthday in the office and to celebrate they brought in cake this morning. Three cakes actually. There was a super chocolatey cake, a lemon meringue and a bilberry tarte from Paul's Patisserie. FROM PAUL'S PATISSERIE. 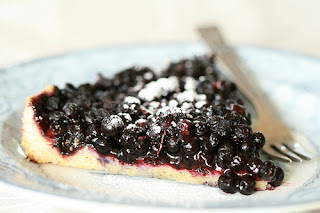 I didn't know which to choose so I took a slice of each and received some funny looks as I returned to my desk with 3 slices of cake. A good breakfast. The bilberry tarte was absolutely perfect. . I went back to the kitchen at lunchtime to brew a cup of tea and I saw that all the cake was gone, save a fat slice of the bilberry tarte from Paul's. Man, people have no taste. I felt bad taking the whole thing so I cut it in half, so there were now two tiny slices. It seemed silly to take one tiny slice and leave the other. I ate one in the kitchen while no-one was looking and took the last slice back to my desk to have with my tea. It was a Paul's fruit tarte, what the hell was I supposed to do.

You would have done the same.

More coming soon, in time I'll be able to get the finished Frau Pouch/Houdini vids up. Watch this space!
Posted by BrindleFish at 14:19