I really have no idea what I'm doing here.
Posted by BrindleFish at 13:18 1 comment:

Turning 30 - starting my own script, and working on someone else's!

Started working out the bones of my own script for a short film. Had previously tried but always seemed to hit a wall. I know I CAN do it, but when I sit down I feel underprepared. I think I need to be sparked by inspiration.

Funnily enough, some small changes to a story I've been ruminating on for a while actually sparked me a little, and the new angle got me writing. Or rather, sketching out.

I've been inspired to get cracking with making my own story because I read recently read a script by two members of the Explorer's Collective. Frazer and Mark wrote a script for a short film about a struggling SE London band who aren't going anywhere. It was actually pretty damn good, and having been in a struggling SE London band myself for 6 years (we called it a day almost two years ago) the script was achingly familiar. I thought if they can summon up the energy and will to actually write an entire script together, surely I can summon the gusto to start myself.

Interestingly, I have been asked to help the guys realise their vision for the film. So I am taking my first tentative steps on a short film project. It's early days, but we're going to have the band members Neil, Frazer, Pablo and Mark star in the project, playing characters that are loosely based on themselves. The benefits are that working with these guys is not new to me, and they can actually play a live set without miming so we can get some great live footage for use in the film, as the script calls for several gigs to take place. Frazer and Mark had written the script for a 3 piece band with a female singer, so they need to reshuffle the dynamics somewhat to fit the four piece all male band. Certain aspects of the story will need to be slightly altered and the script rewritten. They are beavering away at it now. We got together for a meeting which netted me free beer and pizza. Oh yeah, I'm living the dream!!!

We're getting together to do a read through next week. I like the guys, I've had fun working with them and directing them in the music videos, so I am really curious how this will pan out. I love the idea of working with non-actors and having non professionals helping me. I may well need to record sound seperately which would mean bringing a sound man in, more than likely a friend rather than a professional. I very much doubt anyone will be getting paid, so I need volunteers. I've already started looking at locations for filming. We have agreed that we will not rush this, and it will be a long slow process, probably at least 6 months. I really love the idea of just getting out there and doing it, and not being tied up by raising funds, hiring expensive equipment, or paying for locations. I want to make this for as little money as possible, partly because I don't have any money, and partly because I want to make something without money in the equation.

Whether or not my camcorder will be enough for film with is another matter.

This project may end up being aborted or going nowhere. But we're taking our first tentative steps into the darkness.

As mentioned previously, now that the videos are published it's time to look back and see what went right and what went wrong, to help me learn what I need to do next time!!

Half A Glass:
What went right

Lessons!
Posted by BrindleFish at 23:13 No comments:

Now that the videos are finished and out in the public domain, I think it's good to go back and dissect the experiences and provide a little post mortem. See what I did right and what I completely fucked up. If nothing else, at least I'll learn for next time.

Half A Glass - the full video (plus the original scrapped video)

And if anyone is interested, here is the original idea for the video which we didn't really like, and we scrapped.

Posted by BrindleFish at 13:04 No comments:

Finishing Half A Glass

Just doing the final edit to Half A Glass (version 2) now.

There was a little confusion over whether certain scenes were clear enough, as we had to fit so much story into so little space. I've been sending the video to friends and colleagues and getting feedback and have tried to make things a little clearer.

I'm about to export the final edit!! How exciting. It's always hard to know when to officially "finish" a project like this. You could go on tweaking it and making one-frame edits forever. But this was never going to be a perfect video, and I'm more than happy with it.

Not sure that anyone else will be, but screw that!

It is so nice to work on a video uninterrupted by computer crashes or the threat of sudden cpu shutdown. 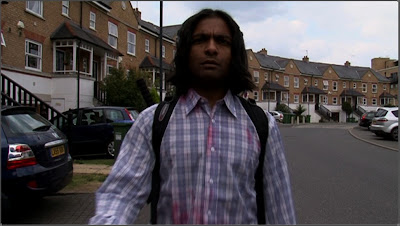 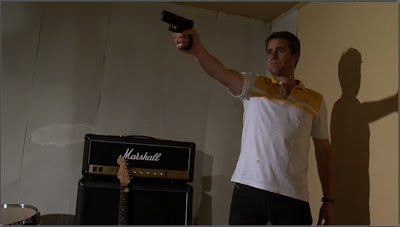 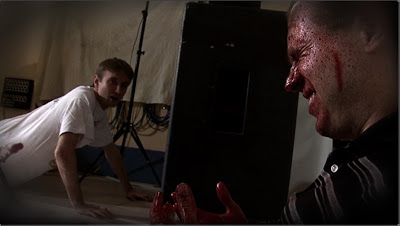 Posted by BrindleFish at 19:47 No comments: