Shooting music video on Saturday - Half A Glass - Explorer's Collective

Hello!
Been a while since my last blog post, been very busy, sadly not with anything related to the blog, but, ah well!

On Saturday I am heading to Greenwich to shoot a themed birthday party/music video footage for the alcohol themed "Half a Glass" by The Explorer's Collective, a bonus video I wasn't expecting to direct having been offered the job of directing the Grenade video. Seems they will be releasing Grenade and Half A Glass as a double A side.

I know we're going to be using a lot of live footage that we're taking on Saturday of a party, but outside of that we don't have much of a plan, which is making me nervous because right now I feel that the video lacks structure. I feel like I am supposed to have some kind of plan, especially as seeing as other video shoots have been so meticulously storyboarded (for the most part).

I also found out that we won't be using the Canon XL2 after all, but the Sony HVR-S270E, which looks like this: 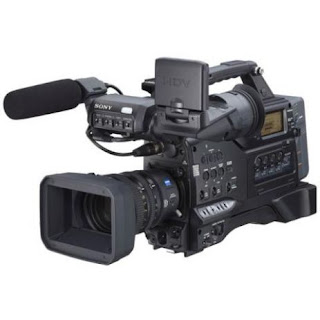 Very scary stuff considering I can only just about find my way around my Panasonic camcorder. Luckily we have a camera genius in attendence who is going to make sure everything looks nice and do the lighting, I just need to tell him where to point it. This is something I am very much not used to, and very nervous about. I've never bossed anyone around before, especially not someone qualified and in the business who actually knows what they are doing.

I also need to order the miniDV tapes to go in the Sony bastard. I have just noticed I only have two of my own left. Have ordered some on Amazon for a saturday morning delivery, the morning of the video shoot. I need to be at the location from 12 so I hope they come in time.

(This post was written on Thursday but only published today on Saturday morning)
Posted by BrindleFish at 07:30

Email ThisBlogThis!Share to TwitterShare to FacebookShare to Pinterest
Labels: explorers collective, half a glass