This is a basic overview of focus for the amateur. It is deliberately unscientific and not meant to be definitive, more of a rough guide, or a starter on the subject. I'm no expert. It's written by me, based on my own experience and things I have picked up along the way so it's going to be pretty basic, but I hope at least a little useful. This is intended for a videographer but pretty much everything here relates to photography as well, so if you like taking photos, maybe you might find something useful. Unless you're already pretty good at it.

Keeping your subject in focus can be more difficult than you expect. What looks sharp in the tiny viewfinder is often blurry once transferred to the computer. Sometimes you can't be sure if the footage is any good until you can watch it back on a big screen which is often too late.

One solution is to have some kind of monitor hooked up to the camera, either for use during taping or for playback while still on location. A decent sized modern television will often do the trick, which is great if you're filming in someone's home. But this isn't always a realistic option.

Speaking from personal experience, trying to control all the variables by yourself on a shoot can be a little overwhelming, especially when time is short. Focus is one of those little things that can be fatally (for your footage, not for you!) overlooked.


Autofocus can be a good thing if you're on the move or filming something as it happens, such as an event or documentary footage. Most modern video cameras have a pretty good and reliable autofocus which you can safely trust in most situations. However, if you want total image control  you really must use manual focus. Autofocus can change it's mind about what the key element of the scene is (usually not what you want it to be), and can struggle for focus bringing your image unexpectedly in and out of sharpness. It will also struggle in low light or on moving objects. Autofocus also means you can't fully compose your own visuals and control what you want the center of the scene to be.
Unfortunately, the small viewfinder on many cameras (such as my Canon XL1-s) means that it can be very difficult to know when your manual focus is perfectly sharp. So what can you do? 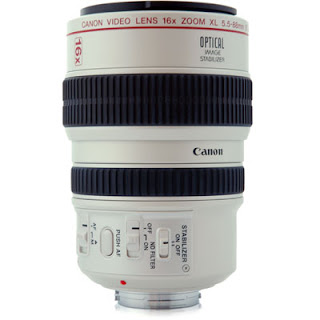 Many cameras or lenses that give you the option of manual and automatic focus also have a little button on the lens titled "PUSH AF" (see it in the image above?). While in manual focus mode, when you hold this button down the camera will enter autofocus mode until you release the button, at which point the focus will return to manual mode. This means you can point your camera at whatever you want to center your focus on, hold the PUSH AF button down and let the autofocus function perfectly bring the image into sharp focus, which is sharper than you could manually manage using only a focus wheel and the small viewfinder. When you release the button, autofocus will be switched off and the image will remain sharp. This trick works best when paired with...

Zoom in, focus, pull out

Say for example that you want to make sure that the face of your main character remains sharp while they are in a wide shot of a dense forest or a crowded street. Because it is a wide shot, the camera autofocus probably won't be sharpest where you want it to be sharpest. So in order to make sure that the focus is how you want it, you should make sure your camera is in manual focus mode, keep the camera where you will be shooting from, zoom in as far as possible until the very thing you want in sharpest focus (for example, the face) fills the viewfinder. Press the PUSH AF button for a few seconds until the face is perfectly sharp. Release the button and the lens will remain at that focus setting. You can now zoom out, all the way if needed, and the face will remain the sharpest portion of the image. Be aware that the focus will hold as you zoom out, but it will shift if you zoom in and will no longer be sharp. This is because of the way the optics move inside the lens.

This is one of the most important aspects of focus and image quality. The depth of field in your image is basically how much of it is in focus. It all depends on the distance from the camera. Some objects will be too close to the camera and will appear blurry, others may be too far away and will also be blurry. The area within which objects are at the right distance to appear acceptably sharp is called the depth of field. With manual control of your camera, you can alter the size of the depth of field, make it long or short. If you want everything to appear in focus in a scene, you can. If you want a dramatic, cinematic look with the subject in focus but the background out of focus, you can. Not everything can be shot to your specifications, environmental aspects can also have an effect, for example, the size of your shooting location and the lighting can play a big role.

Without going into too much detail or jibber jabber, I will explain how to play with the size of your depth of field (DOF). A deep DOF means that much of the image is sharp, both things up close and things far away. A shallow DOF means that only a certain plane is in focus, the rest is out of focus. Once you have this control over the sharpness of your image, you can compose better and more interesting shots.

DOF is controlled largely (but not solely) by focal length and f-number. 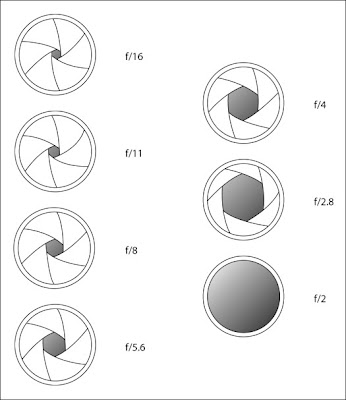 The focal length and the f-number control the amount and direction of the rays of the light as they come through the lens.

Here is the deal, in a nutshell. The angle of the light entering the camera is key to adjusting the depth of field. Without getting scientific....

For very deep DOF, you should have a high f-number and a short focal length. This means you should be zoomed out and have the iris closed quite tightly (but not all the way of course). For this, you will need more light as the lens will be letting a very restricted amount of light in.

For a shallow DOF, you will need a low f-number and a long focal length. This means the iris should be wide open, letting in a large amount of light, and that you should be zoomed in with your lens.

As you can see, you might hit certain problems. You need a lot of light in the first example, and in the second, you need a lot of space to sit far away from your subject. You can play with shutter speed and also gain (beware of grainy imagery) to make up for any lack/abundance of light while keeping your f-number and focal length optimal. But sometimes you just won't be able to get the control you need.

I was filming a stage rehearsal of Sofia The Show a while ago, and I could never keep Sofia in focus as she moved across the stage. I was using autofocus, but the real problem was that I needed to be so far away to take in the whole stage, and the lighting inside the theatre was so dim, that I had accidentally created a very shallow depth of field as I had the iris all the way open and was using a long zoom. I had my shutterspeed down as low as it would go without losing quality and it was still too dark, which meant I was unable to increase the f-number so I was stuck with an extremely shallow DOF that I don't think Sofia could even fit into! I've had similar problems when filming a scene for Surviving The Toilet Circuit, where all it took was for Brian to lean forward slightly in his chair for his face to fall out of focus. Again, I wasn't trying to get a shallow DOF, I was hampered by poor lighting.

Sometimes, it can be really useful to know exactly how big the depth of field will be. Will I have metres of space where my actors can move and stay in focus? Or will it be only centimetres deep and impossible for all but the stillest actors to perform within? Here is a good online calculator you can use, they even have a smartphone app so you can download it and use it on the move. Very useful.
http://www.dofmaster.com/dofjs.html

If like me you are using a digital video camera, you can open the drop down box on the main page and scroll to "cinematography" where you can enter the size of your sensor. A quick spec check/google search should tell you how big your camera's sensor is. As for focal length, check your lens. If it is a fixed lens the focal length will probably be in the lens name. Mine is a standard Canon zoom 18-55mm, which means at the wide angle (zoomed out) it is 18mm, at the telephoto end (zoomed all the way in) it is 55mm.

One last thing, You will notice that most cheap cameras or consumer level camcorders have a very deep DOF in order to keep as much in focus as possible and to enable infinite sharpness for landscapes and the like. However, even a consumer level camcorder can still have it's settings tweaked for interesting visuals, provided it has manual control hidden somewhere in it's menus. I have managed to do it with my trusty Panasonic GS330.

I hope this has proved at least a little useful to someone!

Thanks for reading.
Posted by BrindleFish at 15:10