Been beavering away on the film project since the last update, have read through the highly recommended book "Directing Actors" by Judith Weston. 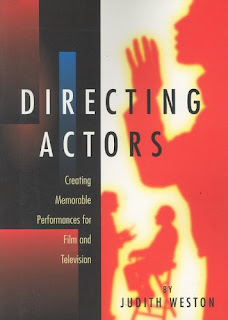 I echo the praise this book has already received, it was incredibly enlightening and has honestly changed my perception of not only acting and actors but also on the role of the director. I feel like I've been re-educated.

There were almost too many important pages to bookmark! Every second paragraph was practically a gem. 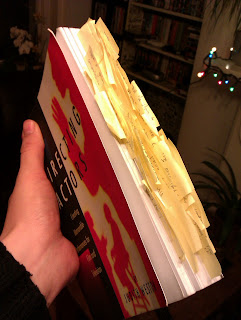 I'm also reading On Film Making, by Alexander McKendrick, another seminal and highly regarded book aimed at directors. I can confirm that it after a lengthy introduction, it gets really good, but I almost feel like my brain has reached saturation point and I don't want to waste the knowledge imparted, so I've picked up a fiction novel for the first time in months and I am claiming back my lunch hours and train journeys for relaxation rather than education! Maybe I can take a week or two off from learning just to wind down. I look forward to picking McKendrick up again once I can fit more knowledge in! 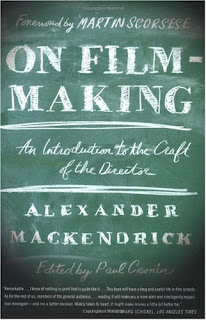 A friend of the family imparted a useful quote to me recently, it wasn't in the context of film-making, but he said "knowledge without experience is just information".

All this knowledge I've been gathering from so many texts, it really is just words until I put it into practice. I really need to get in there and get my hands dirty and get practical. The Directing Actors book has already made a difference to the way I run rehearsals, and it's allowed me to open up and penetrate the script and gain a new understanding of what is going. I'm working with non-actors, so not everything in the book is going to be of use, but reading the whole thing was honestly invaluable.

I'm doing my best to take notes, read actively and not let all this golden information just seep away.

As for the current project, I've cast a few more characters with non actors, again asking friends and people we know. We're meeting this week with the principles to work on backstory, get the new character in, and do another draft of the script. I've also created a few tables to help me break down the plot and the flow and the character relationships.

I made a lot of progress recently on a music video I've been working on for months now, it's one I've mentioned before and I've taken lots and lots of footage of things and places to make a video without people in it. I basically threw edits and effects at one another until things started to stick, it was very experimental and highly satisfying. It's the most progress I've ever made on it and the first half of the video is pretty much done. I would like to finish this one soon as I have a large workload, I have another non-film related creative project outside of all this as well as a full time job and a wonderful partner whom I want to spend more time with and a big, demanding dog and a lazy cat. To be honest that last one takes up nearly none of my time, he don't do nuffin!

But I think it's getting to me, my left eyelid has been twitching for a month now and it's driving me crazy. Stress related apparently. I don't feel stressed, but I know I am stretched pretty thin. I think things will be better when I get the music video finished, although I'm really enjoying working on it and learning a lot, not only about visuals, but also about Final Cut and the whole editing process.

Plus I haven't played more than 15 minutes on the Xbox for weeks. Shocking!