It's almost Christmas time! Looking forward to a nice long break. So what's been happening? Why, let me tell you!

Last night Frazer and Mark came round for a cup of tea and a script edit, and we finalised the exact story. We also worked out some of the logistical problems we'd be facing, coming up with second strategies for uncooperative cats and a complex formula for what we call the daylight/beard light ratio. We also agreed (at least I was immediately convinced) that Daylight Beard is a killer band name, and if nothing else, we will always have that as a fall-back.

We've set our date for the rehearsal filming (early Jan) and the actual filming (late Jan) and we'll have about a month to put it all together in post. It is a short film, probably only ten minutes or so in length, but I will be working on it only on evenings and weekends so I'm glad to have the time and not feel rushed. We may also have a title for the project but we're probably going to keep it under wraps until our first screening as it is tied in to the story itself.

Now that we have a solid foundation I can't wait to start storyboarding and working out all of our logistics, such as cat stunt doubles, shot order and editing plans. Typically, the pre-production (which for me means sketching and looking wistfully into the distance in deep rumination at the office) and post production (editing and sound) stages are the most creatively joyful, while the actual filming is the most stressful. When I say most stressful, I mean that relative to the stress levels of the rest of the project, which are practically zero, save the odd software crash or spilled tea. I love the filming days! And I'm getting better at being organised not getting overwhelmed.

I won't be posting again til after the holidays. All this fancy wine isn't going to drink itself.

Have a great Christmas everyone!

And keep one eye on the horizon for the upcoming album... 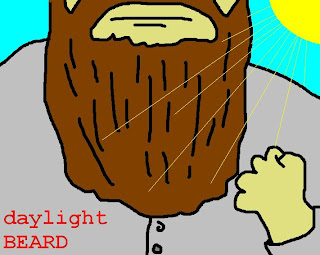